There was an interesting on the Charisma Today website on 5th February 2014, regarding the building of morale within the Police Service. The debate centred around Police Departments within the US and the organisational response to the current economic climate and the higher incidence of employees either being forced to leave due to redundancy or ‘jumping ship’ for better opportunities. 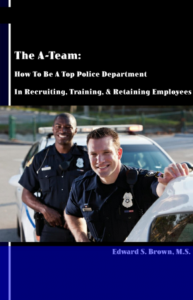 Edward Brown, the author of ‘The ‘A’ Team: How to be a Top Police Department in Recruitment, Training and Retaining Employees’, has stated that the transactional relationship between employer and employee which the current economic climate has caused is actually ‘closer to the true nature of individuals’. That is, that each party acting in their own self-interest bargains for more equity. He believes that police leaders can use this environment to begin the bargaining process during recruitment and hiring. By tying the self-interests of employees to departmental missions [objectives], employees are incentivized, based on their level of performance and contribution.  The employee desiring to coast in his career would be absolved of justifying his low morale and productivity.’ He then goes on to discuss a competency based assessment approach to an individual’s Police Career as a way to embed the morale building model giving over more responsibility for career plans to the individual. He believes that Police Managers set the criteria for specific development areas with an encouragement to obtain advanced qualifications, experience in specialist units and an potential to be a leader all of which would form a basis for promotion.

As a consequence individuals would be rewarded with new responsibilities, increased pay, better leadership with individual employees begin ‘self-actualizing’ with Departments gaining and retaining dedicated and motivated personnel to assist the organisation obtain their objectives.

Brown believes that his model needs to begin at the recruitment phase of any Police Personnel’s career and throughout the training. He states that Police Organisations must ‘consistently hammer the career development initiative through all the “Touch Points” of employee involvement, the employee will either participate or remain content by inactivity.’

He does not believe that such inactivity is necessarily a bad thing as those who choose not to lead, grow, or expand with maintain morale by the very knowledge that clear opportunities do exist if they choose to seize them. This is because ‘low morale stems, in part, from the inability to see clear opportunities for growth and advancement.’ He goes on to state that ‘Employees don’t only support what they help create, but what is available to them.’

So does this approach already exist in other parts of the world or could it be introduced effectively and solve many of the issues currently being faced? 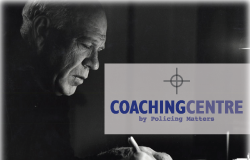 We have a passion for creating such coaching cultures within organisations. 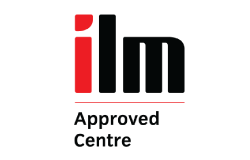 We are delighted to announce that Policing Matters has now been awarded this ‘Accredited Centre’ status.