I rarely write about this topic, seldom talk about it publicly and unless you are part of my inner circle of trusted friends and family – I’m not sure you would even know about it. It’s been part of my life for nearly 30 years and lives with me in various different guises: whispering, shouting and occasionally operating at a ferocious level. Pending on how I awaken – I have a face for each of its moods. Even after all this time, I have little say in when it joins me and negligible control over how long it remains a visitor. Those really close to me know it has arrived and often cope by just staying out of the way. No family member ever comes up behind me unannounced to surprise me – just in case! Oh, and because I have decided to put pen to paper – it has immediately decided to join me. The knot in my stomach is now vice-like!

‘Morning’ it whispers ‘are you sure about this?’

‘It’ is a really expensive constant companion. To give you some idea: it cost me my first proper job and abruptly ended my profession; it placed excessive strain on my family; and, it almost lost us our house. As a consequence, I have had to play catch-up – for the harm and hurt it brought. From the outside looking in I now appear pretty successful and lead an exciting professional life working with some outstanding people. All true – it’s just not in what I initially wanted.  ‘It’ robbed me of my dreams and prevented me from specialising in the areas of my profession where I thought I could add real value.

‘Don’t blame your failures on me’ is its bitter undertone

I was a police officer once and medically retired as a result of a life-threatening injury. Neither injury nor the policing role ever leaves you – and I include police staff in this statement. You see, the tasks that officers and staff engage in, are scorched into their very being and whilst their stories are hugely entertaining when out of context; their realities are hideous in situ. If you have been involved in such roles, you know that I speak the truth. One incident can break the front face – but that is because, like Proteus of old, the art of presenting countless different appearances for public consumption is an organisational competency. This continual pretence of being able to cope comes with a high price tag. Even after all this time, when I have momentarily forgotten my policing encounters, my constant companion can momentarily bring them back. In a flash!

‘Surely I should have coped. I’m a tough Scotsman!’

The challenges of physical injury can be difficult to deal with and the mental aspects of hurt have to be negotiated between the injured and the listener. Over time, I have learned to be fully aware that I have a responding responsibility in how much I feel empowered to disclose about ‘my incident’. If you are truly compassionate – you may hear much of what I still feel; if you are sympathetic – you may get what I think; if you believe I should have gotten over it by now – you’ll never see my rage. I have a face and voice for every occasion. When my constant companion inhibits me from being able to concentrate – I can play the quirky academic; when it prevents me from sleeping and I feel exhausted – I can produce an accomplished smile, just for you; when every ounce of my body aches through hyper-tension – I can present a rehearsed, open-gestured recital to help you feel comfortable.

The truth is: I’m an ever-managed performance and I’m very good at it.

Will my constant companion ever go away? Well after 30 years, I know the answer to that regular question. However, with every day I have learned to co-habit on this journey and I recognise the signs when It wants to make an appearance. The moment that I was strong enough to acknowledge its presence, was the instance that I started to diminish its impact. I moved from the secret to the overt; and from ignorance into self-knowledge – and this was the turning point that lessened its grip. Our relationship together has moved from ‘ever present’ to ‘occasional visitor’ and more than ever I am now able to tell it to just fuck-off. This has been achieved with the help of those who care – sharing their compassion, understanding and love, all of which I have not automatically embraced. Goodness can wear you down because a constant companion recognises a mighty advisory – and ‘it’ does everything to encourage you to reject the ardour of tenderness.

‘It’ doesn’t want to be revealed; but it needs to be. Its power lies in denial; its potency comes through personal deception; and, its seduction emerges through a voice that whispers ‘it will be alright tomorrow.’ I write these things because I want organisations to fully understand the impact that ‘it’ can have. We are not addressing a short-term fix but rather something that needs to be constantly managed.

The wellbeing agenda, that is becoming manifest in many organisations, is a fantastic step forward – so this needs to be embedded into systems, processes and cultures. The difficulty is that many organisations are under so much pressure to perform, that they posture around the critical and the urgent before moving on to the next acute crisis. This is a debate that needs to be bravely shaped by compassion rather than purely financial imperatives. I want to say quite clearly, if the wellbeing agenda becomes a fad – here today and gone tomorrow – then organisations have failed. Indeed, we will have all failed because bad leadership lies in an apathy to complex and uncomfortable topics. And I have seen many fads and much apathy in my day.

Do you ever get over it? My resounding answer is hell–yes! As long as you don’t think getting over it means that it will totally go away. At the moment, I am having the most privileged of careers working within the policing family. I can’t do policing anymore but I can try and help those who do. But my masks are outstanding and whilst they take considerable maintenance, I can take them off in front of more and more people. My constant companion still wants to play, but its role, at this moment, is a bit-part. I have moved from those dark lonely moments when I literally thought I was going mad towards a really bright and challenging future. But it is a continuous variable journey.

Without doubt, this is the most taxing time for policing. It should come as no surprise therefore, that the existence of stress related issues is on the rise. It doesn’t matter how you spin it – the numbers of available police officers and staff is just not good enough for what is being asked of them. Governments and think-tanks can define policing as ‘crime-fighting’ but we all know this to be a woeful interpretation. There are some people of power who need to look at themselves in the mirror because their approach to law enforcement means that police officers and staff are being placed at increased risk. We all need to address this – and not through segregated and separated voices.

Interestingly, the thing that now really gets to me and causes me genuine stress is when I hear ill-informed voices (usually self-appointed police commentators – whatever that means) passing negative comments on the role and activities of policing. I had the privilege of working with over seven thousand officers and staff last year – some of their stories (which can’t be told publically) were simply awe inspiring. However, there seems to exist an ever-growing plethora of people who feel empowered to talk negatively about policing as if they fully understand the context. Whilst I don’t entirely comply with the concept that you ‘have to have done it’ to understand it. I do fully support the notion that you have to be up-tight and personal with policing in order to form some insight into how they manage the complexities of a modern society.

I am sure by now – that you know my constant companion has a name. ‘It’ is called PTSD! It’s becoming (in)famous at the moment and there needs to be caution and personal assurances that we all don’t become too blasé about its presence. As leaders within an organisation, we need to be aware of our roles and responsibilities in managing something that will be with people for the rest of their lives.

I write this not so that you can become my therapy; but to articulate a position that acknowledges the ever-increasing presence of PTSD and the continual need to address the environments within which it can thrive. This debate needs to take place within a carefully considered long-term framework in order to give victims the confidence to come forward at the earliest opportunity. We make extra-ordinary demands on our staff which they more than match on a regular basis. Our leadership role is to demonstrate a genuine caring compassion in their time of need.

You have been warned: if the current Wellbeing agenda goes off the boil, this will be tantamount to organisational neglect.

To those brave people who face PTSD on a daily basis – all the compassion I can muster – is yours. 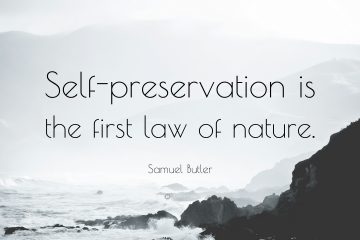 Beyond self-preservation: the argument for real authentic leadership

Working with high performing leaders is both satisfying and frustrating. In the first instance, if you get them into the right learning space, the anticipation of watching their cognitive abilities in action is exciting and Read more… 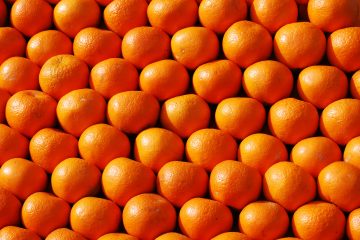 Minister, I enjoyed our recent dinner together at your club, and as agreed, I have summarised the main issues that were covered as we explored some of the really exciting opportunities that are on the Read more…