The current challenges within leadership are at an unprecedented level of complexity. For many people, focused on providing services to their communities, there is a morose sense of betrayal: their values-focused approach to delivering care and compassion to the weak and vulnerable is ever increasingly being replaced by a ruthlessly rational financial imperative. What adds to this increased pessimism, is that this calculable approach to service, misleadingly presents itself as ‘empowerment’ as if it has stepped above and beyond those ‘nineties and noughties’ debates that solely focused on the value of economy, efficiency and effectiveness.

Masked within an apparent permission to explore new ways of delivering public services, leaders are caught in the ultimate triple bind: they are failing to meet the ambiguous demands of their reactionary government ministers; struggling to address the declining morale of their staff; and grasping at managing the unprecedented rise in public demand against the backdrop of declining available resources. It is little wonder that many people feel both offended and emotional. Anyone who has a social media account can sense the almost universal hurt and indignation expressed by those who joined their chosen occupations through a sense of heartfelt vocation – and who now feel abandoned as they rage against the rational requirements of bottom-line financial equations.

In connecting with numerous organisations over the last year, the loneliness of leadership is palpable and at unprecedented levels. There is an unintentional strain that lies at the heart of many organisations: whilst formal leaders are striving to find new ways of shaping the future direction of their organisations; their informal counterparts, those who lead people without formal permission, are genuinely struggling to make sense of the confused landscape.

Executives can set any strategic direction that they want, but if they don’t acknowledge the role that their informal leaders have in making change happen, then their approach will fail. Like never before, there needs to be a healthy, recognised and explicit relationship between formal and informal leadership within organisations – because they are two expressions in the same equation. And both sides need to focus down on what they do best and not get involved in unnecessary and unwanted interference in the others’ role.

We all know and recognise that there are plenty of leaders within organisations that can’t or won’t go for promotion i.e. hold formal positions of authority. Some just don’t need it; others can’t find the appropriate ways to work the system like their politically astute counterparts. The challenge of course is that disproportionate resources go into the development of formal leadership; less is placed into recognising, nurturing and rewarding informal leaders. Yet, as we have stated elsewhere, it is the informal leadership capabilities within an organisation that will make change happen and give them an ‘edge’.

These informal leaders know their cultures, recognise the stresses and strains at operational levels, and know how to work the system in order to make policy and practice appear to match. For many (minus any interference) this role is enough, for they don’t need insignia or titles to create an environment where people will follow them. It might, of course, be a positive organisational move to recognise their achievements.

Yet, let’s be honest, there are other informal leaders – often brilliant operatives, who can make formal leaders significantly uncomfortable. Sadly, it is this sense of discomfort that often prevails in daily working relationships. Due to some organisational awkwardness, they are often left adrift of making formal impact and their voices remain unheard. Starved of any recognition, they can become disaffected and resentful. Then they are labelled as being bitter and twisted and the self-fulfilling prophecy happens. What an utter waste of human talent!

Here is what frequently happens: organisations set up coaching and mentoring schemes where formal leaders are empowered to share their leadership knowledge with those who have not yet met the formal criterion of leadership. The approved knowledge is passed down to others. Clearly, there is positive, tangible knowledge-sharing in this relationship and we all want to genuinely learn from outstanding leaders many of whom are universally recognised due to their capacity and capabilities.

But in these challenging times, there are other voices that need to be heard, listened to and valued for what they bring to work on a daily basis. These voices may not express their opinions in ways that fit delicately within a leadership competency and values framework, but that does not make them any less valuable. Why? Because they absolutely know their business inside out: they know how to create efficiencies better than any formal leader; they are aware of the impact they could have if they were freed-up from systems thinking; they are cognisant of where the focus of their energies should be; they know the wasters, the lazy, the uncommitted; they know how to do their job.

Yet, they are asked for their opinions too infrequently. And by asking, we don’t just mean annual organisational surveys! We are talking about in-tight leadership – proper leadership where there is a quasi-equal sharing of knowledge between the formal and informal leaders in the working environment. The types of questions that formal and informal leaders therefore ask of each other, becomes more informed.

So, in many circumstances, there needs to be a reverse approach to leadership where those who informally shape the behaviours of organisation are granted the opportunities to see and feel their impact. Their informally approved knowledge has weight and is therefore passed upwards to formal leaders. Capturing these voices, which may be uncomfortable, is a necessity within constantly learning organisation.

Organisations need to capture and harvest the ideas of outstanding leaders. The old tried and tested leadership models that disproportionately focuses on formal leadership are well past their sell-by date. There are far too many uncomfortable informal leadership voices that are not being listened to – nor acknowledged. The relationship between formal and informal leadership is reciprocal and based on mutual respect. If a formal leader cannot live with this leadership equation – then they need to get out of the way of progress; if an informal leader is inappropriately stepping into their leader’s area of business, then they need to back-off. The core issue however, is about finding the appropriate model to lead an organisation: stop telling informal leaders what to do and start listening to what they are saying. People follow them because they have full confidence in their abilities – so why interrupt that flow of functioning conviction?

Traditional models of leadership are draining organisations of vital energy and we are seeing far too many people utterly frustrated by their inability to influence their own working context. The time for informal leadership is now! Recognise its value – or step aside.

My recent e-book: ‘The Draw Bridge-Equation’ walks leaders through a self-evaluation of their performance. 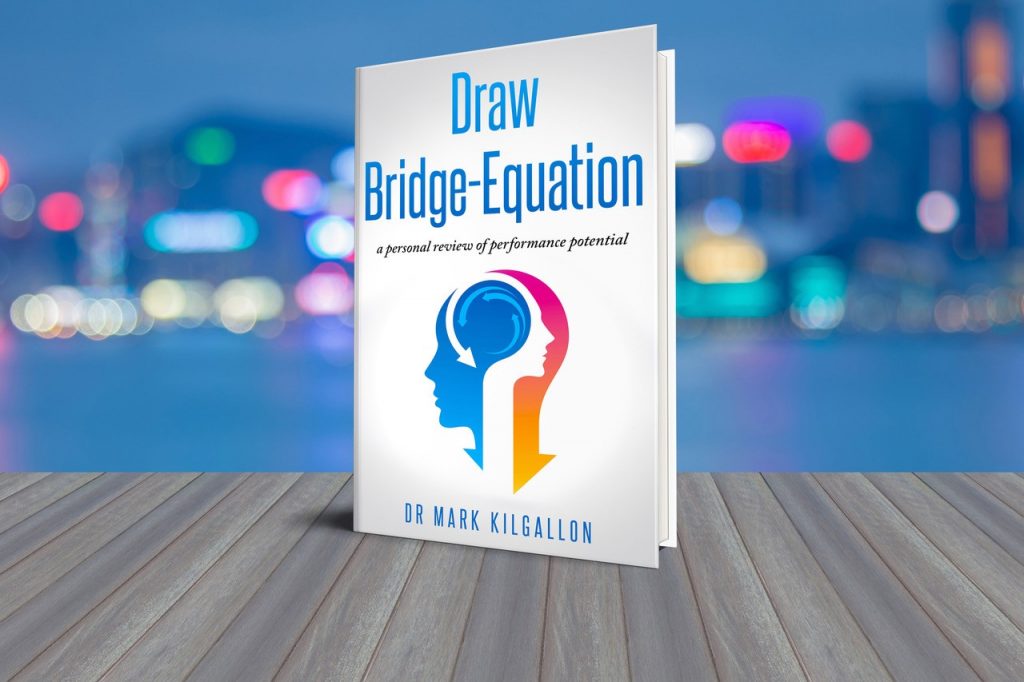 Just read The Draw Bridge equation – simply brilliant. Gets right to the point of personal dev & being at your best!

An Opinion Piece The debate surrounding policing and academic awards is complex, opinionated, emotionally heavy and at times, factually light. It sits within the core values of what it means to be a police officer, Read more…