The debate surrounding policing and academic awards is complex, opinionated, emotionally heavy and at times, factually light. It sits within the core values of what it means to be a police officer, staff or member of the extended policing family. It vies for position within the sometimes carefully forgotten debate between whether policing is a vocation or merely a job. More recently, it has had the potential to exacerbate the tension between the relatively new College of Policing, the policing executives, and those who regularly deliver policing services to legitimate competing communities whose increasing expectations unintentionally pressurise the more for less government ideology. So, in summary: policing has to get this approach to learning and development right.

This debate is also an opportunity to strategically learn how not to instigate change; or perhaps to be kinder, how to better control from the outset the intended narrative when implementing significant cultural transformation. From inception, this narrative around the provision of new learning opportunities was lost by the then heads of the College of Policing: for ‘degree gate’ as it was often referred to was seen – not as an opportunity to have good work recognised; not as an occasion to reward the extensive skills and abilities of police officers and staff working within increasingly complex virtual and real environments; nor even as an opportunity for policing operatives to have a greater say in understanding and influencing the future policing mandate. Rather, it became a dispute about the apparent imposition by the College of Policing of the ‘requirement for a degree’ in order to be a ‘professional’ police officer. When there is a lack of clarity at the centre, the space is quickly filled.

At governmental level there has always been an interest in how police and policing leaders develop their skills, knowledge and understanding in an increasingly complex operating environment. As early as 1948, Ryton and later Bramshill were established to help officers develop their leadership qualities and whilst senior leadership had a rightly significant investment, their more operational focused colleagues lacked the same level of investment. Fast forward, and we find a relatively current scenario where an officer or member of staff can spend thirty years within policing and never have any formal external recognition for the work that they have dedicated their lives to – often at high personal cost. Now it is more complex than this simple binary outline, but in many ways this lack of recognition could be perceived as tantamount to organisational neglect.

There are some who still hold to the mantra that policing is so unique that it is almost impossible to comprehend the environment. So what does a front line operative do that might be recognised by external organisations?

Well, we know that they need to be practically focused and have a range of knowledge sources to deal with simple and frequently technical problems; they need a comprehensive understanding of their working environment (their field); they need to analyse competing and conflicting sources of information and quickly come to a decision; they have to be political, to ensure that they are conscious of their wider context and the numerous agendas that exist within disputes; they need to be aware of the constantly shifting sands of policing, because it would appear to them that everyone ‘knows’ their business better than the actual practitioners; and after analysing this data, they also frequently design and deliver complex approaches to taking down criminals and terrorists who damage people and communities.

They also, as William Ker Muir would say, need to have knowledge of tragedy for they likewise have to deal with the most vulnerable within society and find compassion for their context; they have to be committed to helping victims of domestic abuse; they need to be loyal to the concept of making a difference; they need to honestly balance out conflicting needs of disputants; they need to stop pub fights and disarm the dangerous and dysfunctional; treat the mentally vulnerable with tenderness and understanding; have courage in standing alone against sometimes ill-informed public opinion; have respect for difference even when the trust equation has been broken.

Policing often uses the term ‘job like no other’ and in some respects this is absolutely appropriate; but it should not equate to a form of policing isolationism that excludes others’ views.

Appropriate policing adds great value to the worth of society; and as all police officers and staff are aware, inappropriate policing can damage relationships for generations. A harsh current fiscal environment and a government approach that is passively aggressive also means that policing, like never before, needs to be clear about its mandate and re-establish its role. This cannot and should not be done by strategic leaders operating in what they perceive to be the best interests of their operatives. It needs to be achieved through a closer connection with the front end of the business and with a coaching approach that both hears and listens. This means that formal and informal leaders should be in constant dialogue.

In the portrayal of the role of policing as outlined above, there is an absolute connection between what officers and staff do and the descriptors outlining the qualities required for a level 6 qualification. In other words, what policing operatives are doing already fits with formal academic recognition. This should not be about academics telling officers and staff how to do their business but about educational institutions acknowledging the professional leadership qualities that individuals demonstrate almost on a daily basis.

Academics have a significant role to play in this equation for there has been a history in some fields of almost disassociating from practitioners. It is as if knowledge of the tragic is somehow contaminated from a purist perspective; that those doing the job are somehow below those who are theorising about it. Fortunately, now many academic institutions, whilst rightly keeping a critical distance in order to provide crucial insight into policing cultures, also acknowledge the valuable contributions that officers and staff bring to understanding policing at a deeper and more comprehensive level. There is no doubt that there is intense suspicion on both sides of the operational / theoretical divide but at least and at last informed people are talking to each other. Remembering always, that both sides of this theoretical / operational debate have ‘a’ truth to offer, not ‘the’ truth.

Of course, there is still some significant mischief around this relationship – particularly through social media where there are some significant personal agendas running. Hopefully this noise will quieten. For it is really important that as policing increases its specialisms and partnership working with other agencies, that officers and staff in attendance are not the only people present without a professional qualification.

There is a significant difference between being a part of policing; and being apart from policing. The College needs to be the former and jettison any former ideological approach that emphasises the latter. It needs to continually seek new ways of defining the narrative around the development of officers and staff. This is not about everyone needing to be a graduate in order to be a successful police officer or staff (and the detractors know this, but it is an easy soundbite); but it is about policing creating an approach whereby the worth and value that officers and staff bring to their working environment is appropriately recognised. The extensive engagement with police officers and staff that the current College regime is engaged in, should ease some of the earlier tensions.

‘In times of change learners inherit the earth whilst the learned find themselves beautifully equipped to deal with a world that no longer exists’ (Hoffer). Policing has to be a constant learning organisation it simply cannot stop for breath for that is not the nature of a persistently changing environment. ‘The old ways are the best ways’ has some validity, but when I trained to be a police officer I spent more time learning to march than I did on my first aid skills; more time learning the definitions of the law and less time applying it in a community context; more time learning to enforce the law than understanding the real power of discretion; more time looking at policing powers and less on the role of authority; more time arguing about the role of police and less time debating its value and contributions to a just society.

We can’t go back to a golden age of policing because it never existed. For the first time in my professional lifetime there is an opportunity to fully appreciate police officers and staff for the intense and complex work within which they operate on a daily basis. The narrative around this needs to be about the constant requirement to recognise and value the worth of officers and staff and not about ‘everyone needs a bloody degree’.

The narrative needs to be about the value and worth that external formal recognition can add onto the complex work that police officers and staff do on a daily basis. It is about the College of Policing increasingly positioning itself as an enabler and a core part of policing; it is about policing operatives recognising alternative views to policing and being able to articulate a persuasive answer to their detractors; its about policing professionals having a greater say in shaping their own policing context. 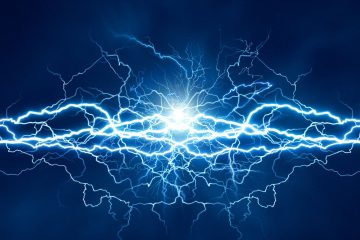 The old models of formal leadership are tired and irrelevant; organisations are experiencing fatigue at frequently overwhelming levels; and leadership knowledge is habitually being passed down on a one-way trajectory. However, there is a vital Read more…